Bet on The Queen's Plate 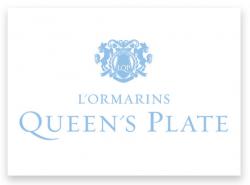 The Queen's Plate is a 1 1/4 mile race for three-year-old Canadian horses, taking place during summer on the polytrack surface of Woodbine Racetrack. This prestigious event celebrates its 157th anniversary in 2016, making it the oldest Canadian thoroughbred race and the longest continually run race in North America. The first Queen's Plate took place on June 27th, 1860, and the winner was awarded a purse of 50 guineas as provided by Queen Victoria.

In addition to being one of the oldest established races in North America, the Queen's Plate is also the first leg of the Canadian Triple Crown, attracting the best thoroughbreds in Canada. The Queen's Plate has a total purse of $1,000,000, with $600,000 awarded to the winner – prize money that attracts considerable competition. This event is known to attract visits from royalty and high-ranking government representatives, providing the prestige of winning in front of an affluent audience. [+]

The early history of the Queen's Plate was dominated by the stable of Joseph E. Seagram, a notable distiller who won the race consecutively from 1891 to 1898 and twenty times between 1891 and 1935. Since 1979, the two most successful stables are Kinghaven Farm and Sam-Son Farm, both of which have fielded five winning entries apiece. The fastest time at the Queen's Plate was set in 1990 by Izvestia, finishing the race in a blistering 2:01.80. Appropriately, the Queen's Plate has a history of royal patronage, including Queen Elizabeth, King George IV, the Duke and Duchess of Kent and four visits from Queen Elizabeth II.

With a large field and a number of horses coming into the race with a mixed-bag of results in their early career, the odds are always good that handicapers will be spreading the wagers around on several horses at the Queen's Plate. Without a really heavy favorite, races like this can produce some decent payouts even on the top contenders, such as 2015 winner Shaman Ghost returning $8.60, and trio of horses with singal digit odds triggering a trifecta payout of $156.60 on a $2 bet. With their 5% bonus on exotic wagers placed onine in their racebook, Bovada would give the savvy horseplayer more than $160 on that same combination.

A field of 13 Canadian-bred three-year-olds have drawn in for the historic 157th running of the Queen's Plate, led by Plate Trial Stakes winner Amis Gizmo. The field includes one filly in the form of Gamble's Ghost.

Queen's Plate Day will also freature a trio of graded-stakes turf races on the undercard.

1) Mike (30-1) - Won his career debut but has shown little in three races since. Comes in off a third-place finish in a mid-level allowance event, and would need to make a huge move forward.

2) Narrow Escape (30-1) - Won the above-mentioned race over Mike but in a very slow time. Front running colt could move forward, just might not be fast enough.

3) All On Red (12-1) - Has a win and second-place finish in three career starts. Another trying a big step up.

4) Leavem In Malibu (7-2) - Mark Casse-trainee overcame traffic trouble to power home for second win in a row in latest, against older horses but in a race that lacked any real pace.

5) Sir Dudley Digges (15-1) - One of the more experienced runners in the field with eight lifetime starts. Lots of in-the-money finishes but only broke his maiden second last out. Ran fairly well to finish 3rd in Plate Trial and could get a piece here.

6) Shakhimat (5-1) - Started the year winning the (G3) Transylvania Stakes on turf at Keeneland after closing 2015 by taking the Coronation Futurity at Woodbine. Came off the turf to run second in the Plate Trial. Serious contender.

8) Rocket Plan (30-1) - Seven-time starter has only lone MSW win to his credit, was second last out at the allowance level. Based on past efforts, seems unlikely to get the distance.

9) Cheburashka (30-1) - Consistant runner has battled with several others in here lately, and has a pair of wins and two other in-the-money finishes in six lifetime starts. Could be the best of the second tier.

10) Amis Gizmo (3-1) - The likely post time favorite off a solid win in the Plate Trial, and five wins in six lifetime starts,  all at the stakes level. The one to beat.

11) Esposito (8-1) - Colt has made four lifetime starts at four different tracks, with wins at Del Mar and Woodbine. Second last start he finished just 3/4 length back of Kentucky Derby and Belmont Stakes contender Suddenbreakingnews. Intriguing, but distance is a question.

12) Scholar Athlete (12-1) - Another with experience over multiple surfaces and also has some stakes experience but only has two wins in eight starts, the latest at Woodbine at the upper allowance level.

13) Gamble's Ghost (6-1) - Filly has been first or second in all five Woodbine starts, and has a pair of Grade 3 stakes wins. Broke poorly as the favorite last out in the Woodbine Oaks and was beaten a nose. Should be competitive with these.