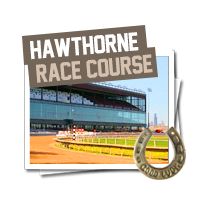 Located eight miles south of downtown Chicago, Hawthorne Race Course was built by Edward Corrigan on 119 acres of land. A Chicago businessman, Corrigan owned Riley, who captured the 1890 Kentucky Derby. The track was closed 1909-22, when racing was banned in Chicago.

Hawthorne Race Course is comprised of a one-mile oval with a dirt surface and a seven-furlong oval with a turf surface. At 1,320 feet, the stretch distance is the second longest of any track in North America. The width of the stretch is 75 feet and the track has 17 barns with over 2,000 stalls. 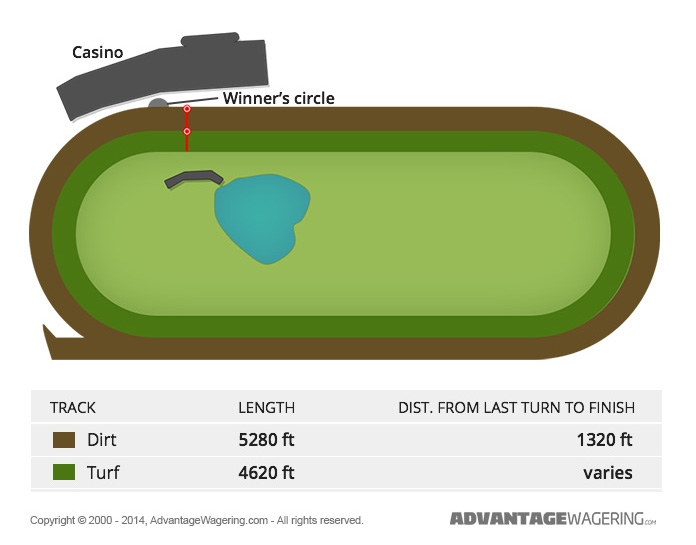 The first races where run in 1891 and featured the Chicago Derby. After a fire destroyed the grandstand in 1902 and a Chicago horseracing ban was put in place in 1905 Corrigan sold the racetrack to Thomas Carey. The early days under the Carey family were dotted with challenges.

They tried to run races in 1909 but the local police and sheriff's department shut them down. There was a 13-day race meet in 1916, including the American Derby, but after that Hawthorne was dark until 1922. A 13-day meet was held in 1922 and horse racing has been run ever since making the Hawthorne Race Track the oldest family owned, continually run, racetrack in North America. The track has been home to many graded stakes races over the years including the Illinois and Hawthorne Derby as well as the Sixty Sails, Hawthorne Gold Cup and Robert F. Carey Memorial Handicap races.

The Hawthorne Gold Cup, first run in 1928, is a Grade II thoroughbred horse race that is run at a distance of 1¼ mile and carries a purse of $500,000. In one of the most amazing horse races ever at Hawthorne (October 23, 2008) Donnaguska came from 23½ lengths back (according to the official chart) at the top of the stretch and then ran the final quarter-mile in an estimated 0:21:20 to win the race.