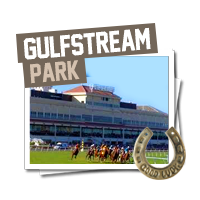 Complementing Florida’s growing list of horse racing venues, Gulfstream Park opened its doors on February 1st, 1939. The United States’ involvement in World War II stymied the activities at many horse racing tracks across the country and Gulfstream Park was closed until December of 1944.

Since reopening, Gulfstream Park would become a standout name for Florida horse racing enthusiasts. The expansion processes such as increased grandstand seating, the addition of a clubhouse, and installation of the world's largest totalisator board reinforced Gulfstream Park's commitment to its loyal patrons. 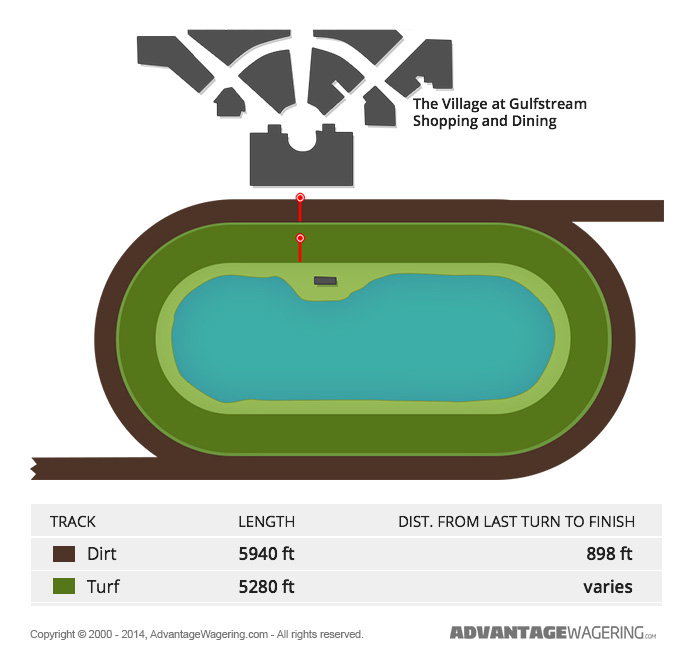 At the fifth running of the Florida Derby, spectators at Gulfstream Park would enjoy watching General Duke tie a world speed record while beating out Bold Ruler, the horse that would go on to win the Preakness Stakes and Horse of the Year honors that season. The day's events had permanently established Gulfstream Park as a stepping-stone for horses contenting for the Triple Crown.

Gulfstream Park has continued to set the pace for other horse racing venues in the Sunshine state, holding top marks for highest attendance at 51,342, record on-track handle for ten races at $12,373,213 and a Florida per capita betting mark of $241.00.