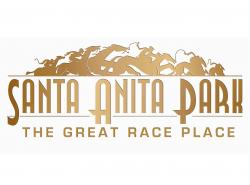 Almost from the moment Gillie crossed the finish line to win the inaugural Santa Anita Derby in 1935, the race gained a reputation as a classic, and quickly became known as the most prestigious thoroughbred event on the West coast. Run at the distance of 1 1/8 miles on the dirt, the Santa Anita Derby carries a purse of $1 million. Held in early April, it is considered one of the major prep races for the Kentucky Derby.

One unique aspect of the Santa Anita Derby is that three horses share the race record time at the current distance with Lucky Debonair (1965), Sham (1973) and Indian Charlie (1998) all hitting the wire in front and stopping the clock in 1:47 flat. In 1998, Gary Stevens was in the saddle for that ride on Bob Baffert’s Indian Charlie, the sixth SA Derby win of nine (so far) for the Hall of Fame jockey. Those nine wins put him one ahead of Bill Shoemaker on the all-time list.

Perhaps one of the most famous runs of the Santa Anita Derby came in 1958. In front of a then-record crowd of 61,123, the race featured a field of 10, including Old Pueblo, who had come off a win in the Breeders’ Champion Stakes, and the one he had defeated in that race, Silky Sullivan. To that point, Silky Sullivan had established a reputation as coming from far behind, and the Santa Anita would prove no different, as he spotted the leader 28 lengths after the first five furlongs before rallying to win.

In consecutive years – 1997 and 1998 – the second place finisher in the Santa Anita went on to just miss racing immortality by claiming the first two legs of the American Triple Crown, only to falter in the Belmont. First up was Silver Charm, beaten by three-quarters of a length in the Belmont to Touch Gold, followed the next year by Real Quiet, who came even closer, being nipped at the wire by Victory Gallop, officially losing a photo-finish by a heart-breaking nose.

With the conventional wisdom being that favorites win horse races about one-third of the time, sometimes the best race handicapping strategy is to find a horse in the field that might offer a good Place or Show payout. While certainly not blowing up the tote board, 8-1 One Lucky Dane paid out $4.80 for second place in the 2015 Santa Anita, more than Dortmund paid on a Win ticket. Horseplayers can add to that total with bonuses and cash back from our recommeneded online racebooks, including Bovada, our #1 choice.

After a disappointing third-place finish in his previous run in the San Felipe Stakes, Kentucky Derby hopeful Exaggerator had someting to prove in the Santa Anita Derby, and over an unusually wet Santa Anita track he did just that, powering his way to an impressive 6 1/4 length win and punching his ticket to Churchill. Breaking slowly, Exaggerator was more than 15 lengths off the lead set by Danzig Candy down the backstretch, and was still eight lengths back going into the final turn, when the pacesetter began to fade and the challenge was taken up by betting favorite Mor Spirit. But Exaggerator made a monster move on the turn, swept by the field and took command at the top of the stretch, with the outcome from there never in doubt. Behind him Mor Spirit ran second, while 26-1 longshot Uncle Lino, who had led them all into the strtetch, was the best of the rest to take third.

Check back closer to race day for the 2017 Santa Anita Derby contenders!