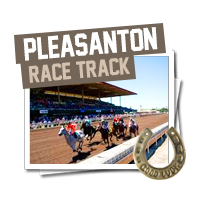 Pleasanton Race Track is located at the Alameda County Fairgrounds in Alameda, California and features thoroughbred, Quarter Horse and Arabian breeds of racing. As part of the California Fairs racing circuit, racing takes place annually in mid-summer during operation of the fair.

The main track is an oval composed of sands and soils and is about 60 feet wide with a home stretch of 1,085 feet. There are about 700 horse stalls on site and the facility has been involved with pari-mutuels since 1939. 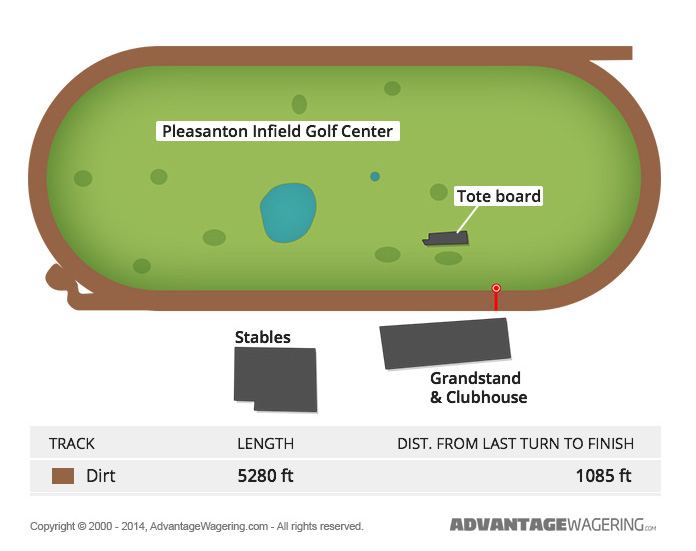 Pleasanton's racing facility, commonly known now as the Pleasanton Satellite Racing Facility within the Alameda County Fairgrounds, is considered the oldest one-mile horse racing facility in the United States, dating back to 1858. It is still recognized as "the birthplace of horse racing in California" and it was common for the best horses in the country to make their way to Pleasanton to test the track's impressive soil.

Pleasanton's race schedule traditionally coincides with the yearly Alameda County Fair, so while there aren't many dates on the schedule, there is a lot of excitement around the track when the horses are going. The 260-acre grounds feature the exhibit halls, the track, and outdoor barbecue locations.

Simulcast racing is a big draw at Pleasanton, with more than 300 simulcast TVs as well as about 130 private workstations which also have their own televisions. You can catch all of the biggest horse races of the year at Pleasanton. History still runs deep at this track. Come soak it in if you have a chance this summer.