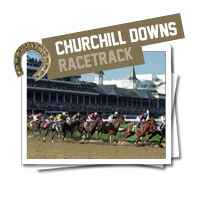 Welcome to one of the most famous horse racing tracks in the world and home of the Kentucky Derby, also known as the “Run for the Roses” and first jewel in the United States Triple Crown. Horse racing’s finest come together at Churchill Downs race track to go head to head.

The Churchill racing surface includes a one-mile dirt oval as well as the seven-furlong Matt Winn turf course. Churchill is also home of the Kentucky Derby Museum, which draws almost a quarter of a million fans every year who are looking to learn more about the history of America's most famous race. 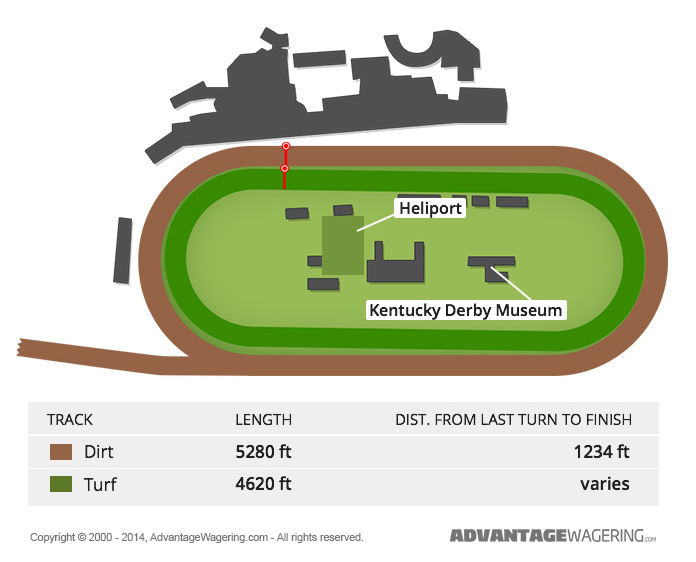 It was under the direction of Col. M. Lewis Clark that the final location for Churchill downs was established, when Clark leased 80 acres of land from his uncles, John and Henry Churchill, using funds that were raised by selling what very well could have been sports first season tickets. Clark sold 320 "memberships" to Churchill downs at a cost of $100.00 each, which was pricey in those days.

While the name Churchill Downs was first associated with the Kentucky horse race track in an 1883 newspaper article, it would not become official until the 1937 incorporation of the fabled grounds. Since that date, Churchill Downs Incorporated has grown into one of the most impressive and profitable horse racing operations in the country, owning and operating many successful racetracks.