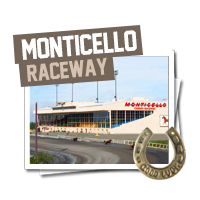 Located 90 miles northwest of New York City, Monticello opened on July 27, 1958. This picturesque harness racing track is situated on 245 acres in the heart of vacationland in beautiful Sullivan County in the Catskills region of New York State. It has operated as a racino since 2008.

Monticello Racetrack is a half-mile oval with an all-weather surface. Today the track hosts the New York Sire Stakes as part of the Magnificent 7 Classic Series. The length of the stretch is 500′ long with a width of 90′. 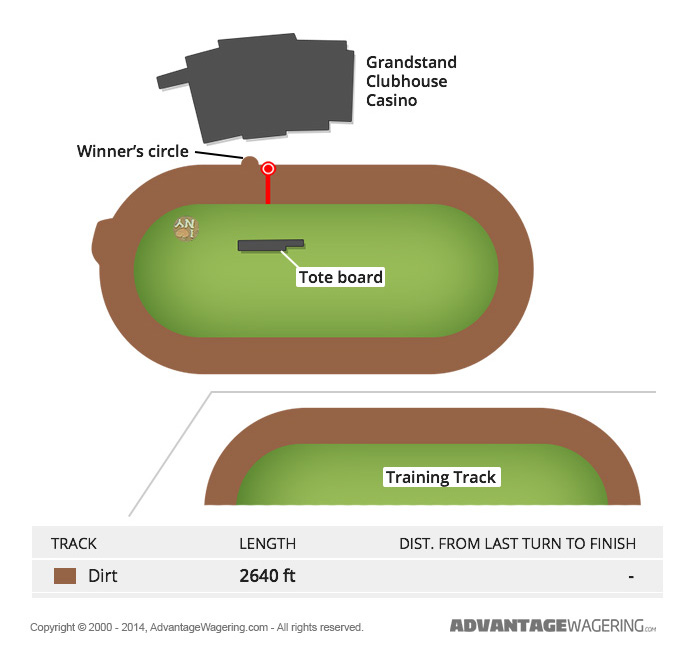 On opening day in 1958, the first race at Monticello was won by King Majesty, a gray pacer driven by Bart Wagner. Known as the “Mighty M” the racetrack has been a staple for the New York and area horse betting public for over fifty years.

Hall Of Fame pacer Silk Stockings won the $250,000 Monticello-OTB Classic in 1975. At the time, it was the richest horse race, not only for harness racing but all horseracing. On June 20, 1980 Monticello purchased the closed circuit rights to broadcast the first of three Sugar Ray Leonard versus Roberto Duran boxing matches.

This ingenious marketing ploy helped set the track attendance record at 17,495 that still stands today. In June of 2004 the track got a huge boost with the addition of video gaming machines. That transformed Monticello Raceway into its current structure and the facility was renamed Monticello Casino & Raceway.

The grandstand at Monticello has a capacity of 4,500 while the Clubhouse capacity is set at 500. You never have to worry about parking as the lot holds up to 5,000 vehicles. Admission and parking are always free. Along with Win, Place and Show bets, you can also wager on the Daily double in race one and two as well as the Pick 3 in races one, two and three. In addition to Perfectas and Trifectas, a Superfecta is available on all races that have a minimum of eight separate betting interests.

Over the years Monticello has evolved from a racing entity into an overall entertainment entity. Musical legends like Ike & Tina Turner, Frankie Valli & The Four Seasons as well as Bobby Vinton and Natalie Cole have all entertained the horse racing public at Monticello Raceway.