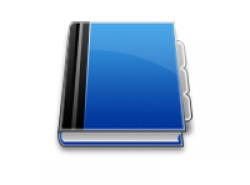 Following is a list of what we consider to be must-know terms for all horse racing enthusiasts and bettors. The horse racing terms are listed in alphabetical order for your convenience.

Also-Ran: When a horse doesn't finish in the money, it's listed as an also-ran. This is also a slang for anything that's not good.

Backstretch: This is the straight area on the racetrack between the turns.

Bandage: If you're going to wager on a horse and you see that the racing form says "bandages," this means that the horse has cloth wrapped around its legs on the lower part.

Blanket Finish: When you see a race where a cluster of horses crosses the wire at once, it's called a blanket finish. This is one of those situations where a photo finish might happen.

Boxed Bet: When you box a bet, you're betting all the possible combinations. For instance, let's say you bet a boxed exacta with the 2 and 4 horse. You'd be betting two combinations - 2,4 and 4,2.

Bridge Jumper: Something you don't want to be. This term refers to a person that bets a large amount of money on a horse. If they lose, they might jump off of a bridge. Don't be this person.

Clocker: This is someone who goes to the track and times the workouts and races of one or more horses.

Closer: You've got to watch for these. A closer is a horse that will stay back until the end and charge forward past other horses that are losing energy. It's important to know this about a horse when you're handicapping.

Colt: A horse that's less than five years old. A colt is a male.

Daily Double: You play the Daily Double by selecting the winner of two consecutive races. This is usually the first and second race of the day, but it can be any two races in a row.

Dead Heat: When two or more horses cross the wire (finish the race) at the same time. In a dead heat, it's probably impossible to tell the winner initially, so you go to the photo finish.

Exacta: When you bet on an Exacta, you're betting on the horses that will Win and Place in a race - finish first and second. As the name implies, you're betting on the exact finish. So if you wager the 2 and 4 horse, the finish must be 2,4. If the 4 wins and the 2 places, you lose. Another way to bet this is a Quinella - order doesn't matter.

Field: The horses in a race. For instance, a 10-horse field means that there are 10 horses running in the race. This isn't to be confused with a "Field Horse."

Field Horse: A horse that part of a team of horses running in a race as a single betting unit. A common version of this is the 1 and 1A horse combo.

Filly: A female horse that's four years old or younger is known as a filly.

Firm Track: This is a track condition that's used for turf races. The dirt track equivalent is fast.

Furlong: It's a measure of distance in horse racing. For instance, a race might be 6 furlongs, 7 furlongs, or whatever. A furlong is 220 yards. Either furlongs make up one mile. It's vital to understand distance when handicapping horses. Some do better at short distances and some do better when running long races.

Gelding: Ouch. A Gelding is a male horse that's been castrated.

Handicapper: Technically, if you bet on a horse race and thought about it first, you're a handicapping. In a more specific sense, a horse racing handicapper is one that analyzes data and selects horses. A handicapper might be a regular horse racing bettor, like you, or someone who sells his or her info to others - or both. Handicappers, as you might expect, have all sorts of handicapping methods and come in a variety of skill levels and specialties.

Horse: Yes, I hope you know what a horse is. But technically, a horse in horse racing is considered to be a male horse that's five years old or older and non-gelded.

In the Money: Such a beautiful phrase. When your horse is in the money, he came in first, second or third (Win, Place, Show). You want this.

Inquiry: This means that the race is being reviewed for a possible infraction. When you see this, hold your ticket. It's possible that one or more horses will be disqualified, which will change the finish and payouts.

Length: This is the length of the horse from nose to tail. It tends to average 9 feet. However, horses vary in length and this term can be slightly deceptive.

Maiden: These horses have never won a race. When a horse wins its first race, its maiden is broken.

Maiden Race: This is a race where the field is comprised solely of maidens. The good news is that one of the horses will be breaking their maiden.

Morning Line: Ah, the good ol' morning line. Before the horses even get to the starting gate, a linemaker establishes the odds and posts them for the public. The line is based on many factors - talent, past performance and public perception tend to be major ones.

Official: The race isn't officially in the books until the official sign goes up. Once you see this, it's official - hence the term.

Overlay: When a horse is commanding a higher price that it should - based on past performances - it's an overlay. The opposite is an underlay.

Parlay: Taking the winnings from one wager and pressing them to another. For instance, you bet the first race and won $10. In the second race, you chose to parlay your wager by betting all $10 on another wager.

Photo Finish: When a race ends in a dead heat, it's tough to know which horse won. Therefore, we go to the photo finish. Just like replay in other sports, a photo that was captured at the wire (finish line) is viewed to see which horse won.

Pick Three, Six, or More: Pick Three is a type of bet where you pick the winners of three consecutive races. Racetracks offer various pick wagers, such as Pick Four and Pick Six. Some racetracks do pick wagers on the first and last sets of races for each race day, but others using rolling pick wagers (any races). Think of these as parlay tickets in other sports.

Place: When a horse places, the horse finished second in a race. Also, the horse is considered to be in the money with this finish.

Place Bet: Making a wager on a horse to finish second. You'll win if the horse either wins the race or comes in second. You lose if that horse finishes worse than second.

Post Time: This is when the race starts. All wagers must be placed by post time or you miss out on the race. This is a great reason to wager online. You'll never get stuck in line and miss placing a winning wager - it happens everyday at brick and mortar racebooks.

Purse: Not to be confused with something you buy a woman, a purse in horse racing is the amount of money that's in the pool to be distributed to owners. The bigger and better the race, the larger the purse.

Quinella: Earlier we talked about the Exacta. This is the same principle, but order doesn't matter. You're wagering on the first two horses to cross the wire in a race. They can be in any order. For instance, if you bet a 2,4 Quinella, you win if the race finishes 2,4 or 4,2. Since it's easier, the Quinella pays less than an Exacta.

Route: This is a controversial term of sorts. Typically, a route is a race that's at least one mile in length. However, many horse racing pros like to call races routes when the race has more than one turn.

Router: If the race is a route, look for a router. A router is a horse than runs distance races well.

Scratch: If your horse gets scratched, it is no longer in the race. It's commonplace for horses to get scratched from a race for one reason or another.

Show: This is one of the safer wagers in horse racing, but it pays the least. When a horse finishes in third place, the horse Shows. So, if you wager on a horse to Show, you win if that horse finishes first, second or third - also known as in the money.

Show Bet: Bet on a horse to Show and you win as long as that horse finishes in the money (first, second or third). It's a safe bet, but you won't get rewarded much. Usually you only want to bet a horse to Show when the odds are high.

Straight: This is betting a horse to win only. Personally, I don't like making just a straight wager, but you might. If the horse wins the race, so do you.

Superfecta: This is a special wager that's offered in certain races at the track. When you make a Superfecta bet, you're picking the first four horses in a race - exact order. For instance, if you bet a 2,3,4,5 Superfecta, the horses must finish in that order. You can also box this bet to get all the possible combinations.

Trifecta: When you want to swing for the fences, a Trifecta is one way to do it. To place a Trifecta, you bet on the first three finishers in a race. The order counts here. You can box a Trifecta to get all the combinations. Then, if you have the proper three horses, you win. Many horse bettors that play Trifectas will box with a fourth horse - especially on races with large fields.

Underlay: When a horse goes off (or will go off) at larger odds than it should—based on past performances or other handicapping methods - it's an underlay.

Win: This probably needs no explanation. When a horse comes in first and wins the race, the horse finished in the Win position.

Win Bet: When you like a horse to win the race, you can bet the horse to Win. Unlike Place and Show, which have more than one way to payout, the Win bet only pays if the horse wins. When a horse wins, it finishes in the money.