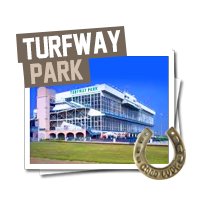 Turfway Park is located in Florence in northern Kentucky, and just south of Cincinnatti, Ohio. It hosts a holiday meet for thoroughbred racing in December, as well as a Spring/Summer meet. It opened in 1959, and despite the name, does not have an actual turf surface racing course.

In 2005, Turfway became the first track in North America to install a Polytrack synthetic racing surface. The track is a one mile oval. 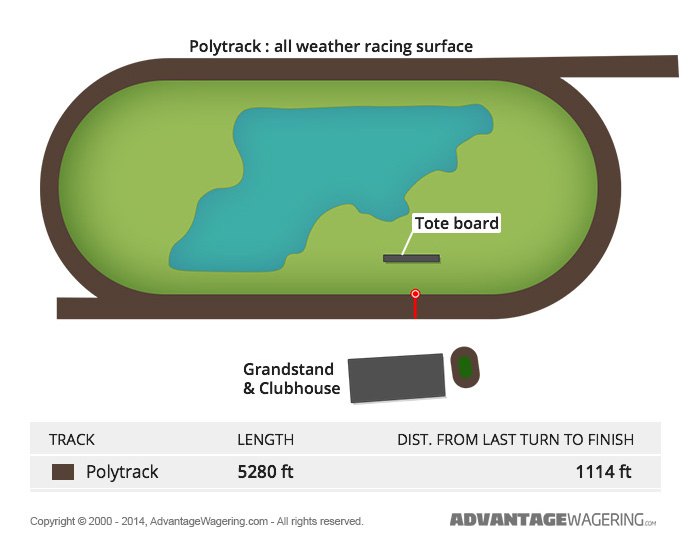 Turfway Park was originally opened as Latonia Race Course in 1959. It was opened on the very site of another racetrack was located on from the 1800s right up until World War II, which halted horse racing around the nation. Many prestigious horse races were held at this location. In 1987, owner Jerry Carroll decided it was time for a name change. Latonia Race Course became known at Turfway Park. The change was much more than a simple name adjustment; the entire venue was recreated. Gone were the days of cheap horses and sub-par horse racing; the days of quality were here. The track went from being a low-keyed affair to being a major Kentucky Derby prep race stop - Spiral Stakes.

Turfway Park has maintained its commitment to quality by holding many stakes races during its season. The Kentucky Cup Day of Champions has become a prep for the famed Breeders' Cup series. The card includes four grades races that culminate into the Kentucky Cup Classic - a Grade II race.