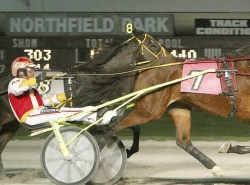 The horse racing landscape in Ohio has shifted in recent years. With the closure of Beulah Park signified the end of an era, the opening of Mahoning Valley showcased the beginning of a new one. Horse racing continues onward in Ohio and both the Thoroughbred and Standardbred tracks support a diverse breeding industry within the state. Many of the racetracks are supported by expanded gaming in the state and at their facilities.

Formerly known only as Thistledowns, the facility opened in 1931 and is the home of the Ohio Derby, a Grade 2 race for three-year-olds. This track has undergone several ownership changes in recent years and emerged with the latest owner in March of 2016. The racing season runs from April to the end of September each year and the Ohio Derby (G2) is held in June.

Northfield Park is one of the nation’s premier harness racing facilities and conducts live racing practically year-round. The marquee event is the Battle of Lake Erie, a pacing race which holds a purse of $200,000 and routinely attracts some of the best competition in the country.

The latest addition to the racing scene in Ohio is Mahoning Valley Race Course which is located in Youngstown. The track opened in 2014 and features a one-mile dirt track. The live racing season kicks off in October and continues through April. The track hosts the “Best of Ohio Day” which showcases the local breeding program with several $75,000 stakes races. In addition, the highlight of their race meet is the $200,000 Steele Valley Sprint.

The track formerly known as River Downs, racing began again under the new moniker in 2014. The track conducts their racing meet from April to the beginning of October and while primarily a Thoroughbred track, they do host several Quarter Horse race days in the Fall. The track offers a series of $75,000 stakes races that are restricted to horses bred in Ohio.

Live racing season begins in April at Dayton Raceway. The track was originally in Toledo, Ohio but was moved to Dayton in the Spring of 2014.

Live harness racing begins at Scioto Downs in May and runs through the beginning of September. The track has been in operation since 1959 and has the distinction of being the state’s first Racino when VLTs became legalized in 2012.

For those days you can't make it to the track to get down a wager, having a convenient online racebook account solves the problem.