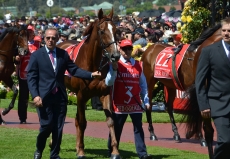 The Race That Stops a Nation is at hand, and it is time to make your 2020 Melbourne Cup picks as the field assembles for Australia's greatest horse race. A field of 24 is expected for the two-mile race, to be held Tuesday, November 3 at Flemington. Who will add their name to the historic list of winners?

A total of 24 horses may run in the Melbourne Cup, with over 40 runners hoping to get in less than two weeks ago! The field is led by popular names such as Verry Elleegant, Sir Dragonet, Anthony Van Dyck, Vow and Declare, and Tiger Moth.

Verry Elleegant is a New Zealand-bred mare who has flourished in her racing career, winning the Group 1 Caulfield Cup last out, and winning three of four starts this season already. She is nine for 21 overall and would undoubtedly be the most popular winner. She is a Group 1 heroine at seven furlongs, and has won all the way up to a mile and a half, but has never run this 2-mile distance before. Chris Waller trains.

Sir Dragonet is Irish bred and raced until he arrived in Australia over the summer. He was a top-class runner in Ireland this summer, running second in the Group 1 Tattersalls Gold Cup, then promptly scored in the Group 1 Cox Plate here on October 24. Glen Boss will ride.

Anthony Van Dyck has been one of the best horses in the United Kingdom since he was a two-year-old. He won the Epsom Derby (G1) at three and most recently was beaten just a head by Verry Elleegant last out in the Caulfield Cup. He was probably the best horse on that occasion and is still a good price for the Melbourne Cup. 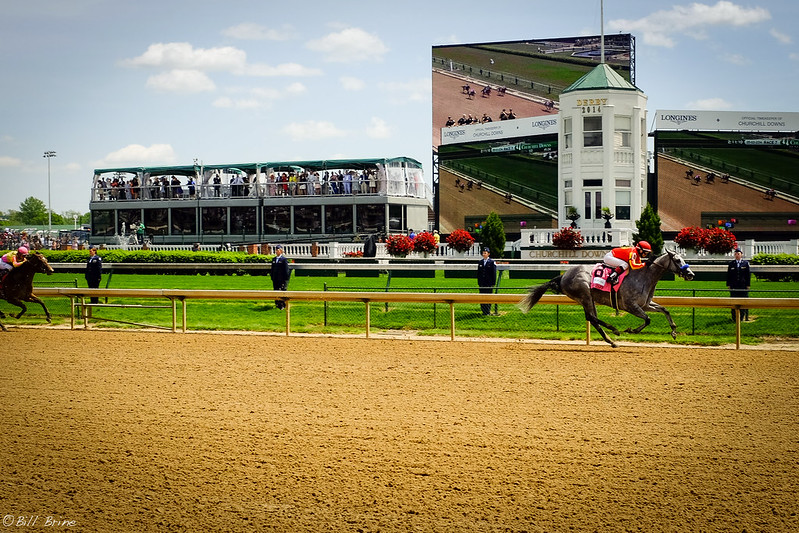 "Melbourne Cup" by Bill Brine is licensed under CC BY 2.0

Vow and Declare is the defending champion. The 2019 Melbourne Cup winner defeated fellow 2020 runner Prince of Arran by a head, but has yet to win since then. He has not finished better than third since a Group 1 here in March.

Tiger Moth is the favorite in many pools. A Group 3 winner at Leopardstown in Ireland last out, he is part of the Aidan O'Brien brigade that includes Anthony Van Dyck. This will be just his fifth-lifetime start, but the son of Galileo looks like he could be special.

Some longshots to consider are Russian Camelot and Warning. Russian Camelot was third in the Cox Plate for trainer Danny O'Brien and is lightly raced with two wins, two seconds, and a third in six starts. He won a Group 1 at Caulfield in September. Warning was well beaten in the Caulfield Cup, but has run well against this group in the past and has a history of splitting the field at long odds.

How to Bet the Melbourne Cup Online

Looking to bet the Melbourne Cup online? Look no further, as we have already reviewed the best sportsbooks that will give you the best odds for your money. Your choice in racebook is the best way to enhance your profits and ensure you have a successful Melbourne Cup. Also, examine our tips on how to bet horse racing, and use our free 2020 Melbourne Cup picks listed below!

The play this year is the mare Verry Elleegant. She has been sensational all season and is getting a bit of a break in the weights, making her dangerous. Here are your free Melbourne Cup expert picks:

Betting on the Melbourne Cup often results in large payouts. First of all, the Melbourne Cup purse is $8 million this year, with $4.4 million going to the winner and $1.1 million heading for the runner up. Finishers all the way through 12th place get $160,000!

Four times a horse has won the Melbourne Cup at odds of 100-1, with Prince of Penzance the most recent in 2015. Never dismiss a longshot in this race if you like its record!

In addition to straight win, place, and show wagering, it is a good idea to play the Melbourne Cup best bets, the exacta, trifecta, and superfecta. Make sure to box these wagers to ensure the horses can finish in any order.