Champion My Miss Aurelia Continues Comeback in $500,000 Grade I Ballerina 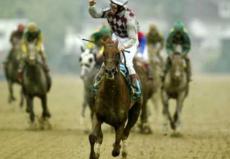 The $500,000 Ballerina Stakes is the middle leg in a trio of grade I races Saturday August 23 at Saratoga as nine fillies and mares line up to contest the seven furlong event on the main track.

Many racing fans will be rooting for 3/1 morning line favorite My Miss Aurelia who made her first start in 16 months July 21 at Saratoga while finishing third beaten just a half length in the Shine Again Stakes.  My Miss Aurelia won the Breeder’s Cup Juvenile Fillies race in 2011 and returned to the big stage the following year while finishing second in the Breeder’s Cup Ladies Classic.  She is a multiple grade one winner who began her career with six consecutive victories.  She is winless in her last four starts, but has never finished out of the money in ten lifetime starts.  Todd Pletcher has taken over the training of My Miss Aurelia following her lengthy hiatus from racing.

Better Lucky looks like a new animal on dirt

Better Lucky (4/1 ML) defeated My Miss Aurelia in the Shine Again closing from 12 lengths back to win by a neck over second-place finisher Grace Hall.  Javier Castellano piloted Better Lucky in that effort and will take the reins once again for trainer Thomas Albertrani.  Better Lucky has made eleven consecutive starts on either turf or synthetics before her win in the Shine Again.

Artemis Agrotera (5/1) draws the rail and figures to show plenty of speed.  The Michael Hushion trainee is two for two at Saratoga including a dominant ten length win versus optional claimers July 23 going seven furlongs.