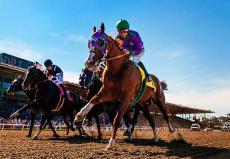 After winning over more than a handful of doubters with his open-lengths win in the Kentucky Derby two Saturdays ago, California Chrome will be the clear favorite after post positions are drawn for this weekend’s Preakness Stakes. No matter where the colt ends up in the gate, it will be expected that he will assume his normal stalking position, rating just off the pace before getting first jump on the field coming out of the turn for home. It’s the strategy that has earned trainer Art Sherman and jockey Victor Espinoza four straight wins and the first jewel in the Triple Crown, so why change now? 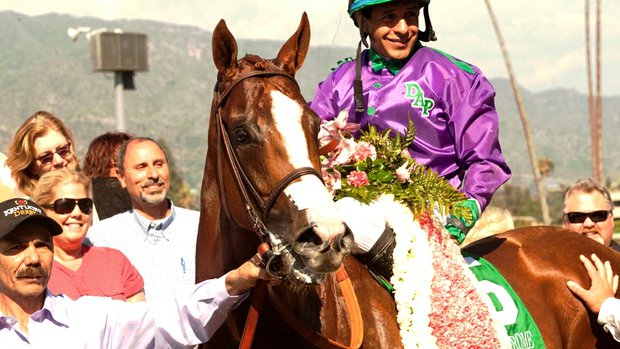 Going into the Derby there were a couple questions to be answered about California Chrome. His wins had come on fast California tracks that perfectly suited his running style, and he hadn’t faced the competition, or traffic problems, that he would in the Derby. He has appeared to answer the first by opening up on the field in the stretch at Churchill, showing his acceleration coming out of the turn wasn’t dependent on running on an airstrip. And he avoided traffic as he always had, by getting into a good spot on the track right out of the gate.

Of the other horses coming out of the Derby, Ride on Curlin was seventh, mostly out of it as soon as jockey Calvin Borel decided to take a hard left turn out of the gate and try to win on the rail from dead last. In what was an even rougher than normal Derby, General A Rod had to be steadied half-way into the race and lost all chance of making a bid, finishing 11th. Of the contenders, General A Rod has probably had the toughest spring campaign, and it’ll be interesting to see if he has anything left at Pimlico.