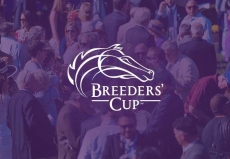 He first took home the title in 2008, the inaugural running of the race, with Maram. Brown in 2014 with Lady Eli, in 2016 with New Money Honey, in 2017 with Rushing Fall, and in 2018 with Newspaperofrecord. This year, Brown will enter two hopefuls.

Princesa Caroline, a first-crop daughter of the 2015 Triple Crown winner American Pharoah, is a half-sister to Lady Eli. She debuted with an impressive 1 1/16-mile victory at Belmont Park on September 28. Selflessly is owned by Klaravich Stables, who also own Newspaperofrecord.

The daughter of More Than Ready was second on debut while sprinting over the Saratoga turf before winning the Miss Grillo Stakes (G2) at Belmont Park on the same day that Princesa Caroline debuted.

Todd Pletcher found the Juvenile Fillies Turf winner’s circle in 2010 with More Than Real and will look to repeat that success this year with Sweet Melania.

Another first-crop daughter of American Pharoah, Sweet Melania has won two of her past three starts, including the JPMorgan Chase Jessamine Stakes (G2) at Keeneland on October 9.

Sweet Melania runs for the same owner trainer combination as Magnum Moon, who won the 2018 Arkansas Derby (G1) and competed in that year’s Kentucky Derby (G1).

Trainer John Kimmel’s Crystalle crossed the finish line first in her debut but was disqualified to third. She followed that up by cleanly winning the P. G. Johnson Stakes at Saratoga over Sweet Melania, then was second in the Miss Grillo, less than a length behind Selflessly.

Three American based runners are entering off of the same last out effort in the Natalma Stakes (G1) at Woodbine on September 15. Abscond won by a nose over Walk In Marrakesh, while the race’s betting favorite Fair Maiden (+160) was a neck behind in third.

In the race’s 11-year history, European-based horses have only won twice. Trainer Mikel Delzangles won the 2012 edition with Flotilla, while Charles Hills conditioned Chriselliam to victory in 2013. The always dangerous trainer Aidan O’Brien has yet to find the winner’s circle in this event, but he is bringing three with him this year.

Etoile is a daughter of leading American turf sire War Front, whose son Omaha Beach was the morning-line favorite for this year’s Kentucky Derby (G1).

After debuting with a victory in the Coolmore Stud Irish EBF Sprint Stakes (G3) at Naas, she was a nonthreatening eighth in the Juddmonte Cheveley Park Stakes (G1) at Newmarket. This will be her first time going over 1 mile in distance.

Precious Moments will try to do what her sire, Gleneagles, could not: win at the Breeders’ Cup. After winning three straight European Group 1 events in the summer of 2015, the O’Brien conditioned Gleneagles finished eighth behind American Pharoah in that year’s Breeders’ Cup Classic over the Keeneland turf.

Precious Moments faced Group stakes foes five times before breaking her maiden in her seventh and most recent start. This will be her first time going over 1 mile in distance.

Tango enters with the most experience among the field, having entered the starting gate eight times. The daughter of No Nay Never broke her maiden in her second appearance, but in five attempts against Group stakes foes, she did no better than fourth.

Last time out, she won the Irish Stallion Farms EBF Legacy Stakes at Curragh. This will be her first time going over 1 mile in distance.

Perhaps the two Europeans with the best chances of winning are the Mrs. John Harrington trained Albigna and the Roger Varian trained Daahyeh. Each horse has won three times to date, tied for the most of any entry in the Breeders’ Cup Juvenile Fillies Turf.

This will be Harrington’s first appearance at the Breeders’ Cup, while Varian’s best finish in the World Championships was a second in the 2011 Emirates Airline Breeders’ Cup Filly and Mare Turf (G1) at Churchill Downs with Nahrain.

Albigna won the Qatar Prix Marcel Boussac Stakes (G1) at Longchamp on October 6 by 2 1/2 lengths while going 1 mile for the first time. Daahyeh has never finished worse than second in five starts, going off as the favorite in each one, and most recently found victory in the Shadwell Rockfel Stakes (G2) at Newmarket.

Albigna enters with the field’s best Timeform Rating (100), which she earned for winning the Qatar Prix Marcel Boussac over soft ground. Fair Maiden carries the top two Beyer speed figure numbers (91 and 90) in the group, though her 91 came over yielding turf at Woodbine and the 90 came over the synthetic surface at Arlington Park.

Being based in southern California, Santa Anita Park is almost assuredly going to be a firm racing surface. The key to finding success betting this race is to find horses whose form and pedigree suggest that they will run their best over a firm turf course.

See below the top sportsbooks where you can wager online and choose the best one for you. And do not forget to claim your bonus.