Bet on The Epsom Handicap 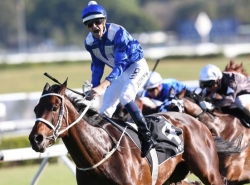 The Epsom Handicap has been a part of the Australian racing landscape since 1865 and is one of the most anticipated events of the year. The race is held in early October every year at Randwick Racecourse in Sydney and is contested at 1600 meters on the turf which translates to a distance of eight furlongs or one mile. The purse is currently $1 million and the race has held Group 1 status since 1979.

The Epson Handicap is run as a handicap which means that weights are assigned to horses based on their accomplishments which are assigned by the handicapper. The better the horse is, the more weight they carry.

The Epsom Handicap is one of the marquee races of the spring carnival and routinely draws the top milers in Australia. Some of the most noteworthy horses to win the race have been Super Impose who won the race twice in both 1990 and 1991 and also swept the fall equivalent, the Doncaster Handicap, both of those years as well. He was inducted into Australis’s Hall of Fame in 2007.  Another great champion to win the Epsom Handicap was Chatham who took both the 1932 and 1933 editions of the race.

Bet the Epsom Handicap and other classic Australian horse races through one of these recommended online racebooks.

The 2015 Epsom Handicap gave fans a taste of what was to come from the brilliant filly Winx and the race served as a grand unveiling from trainer Chris Waller as she took on a field of thirteen opponents.

Despite a wide trip, Winx was confidently ridden by jockey Hugh Bowman and she took the adversity in stride to easily dispatch of her rivals and win by 2 ¼ lengths as the favorite. Ecuador finished second followed by Sons of John. She carried 57kg or 125.5 lbs which was the highest weight a filly or mare ever carried in that race and won.

The remainder of her four-year-old season cemented her growing legacy as one of the great mares in Australia’s history. She won the Cox Plate and the George Ryder Stakes, both prestigious Group 1 events over male rivals.

Check back closer to the race for the contenders for the 2016 Epsom Handicap!